If you don’t necessarily like the idea of being washed away amongst the rising tides from the melted icecaps, then watch this space: zero carbon economy.

The term essentially is the attempted “stabilization of the climate and ocean acidification. It means that all industrial sources of CO2 have to be converted to run on zero carbon emitting energies” (Onlyzerocarbon, 2018). On a basic level, it means that we’re trying to pull the handbrake on using CO2. The question then becomes—is it a handbrake or an emergency parachute? Is it really possible that we can stop all carbon emissions that we’ve put into the atmosphere?

What’s the aim?
The stretch goal for the concept of the zero-carbon economy is 90% less emissions by shifting all energy consumption to be renewable. This will bring us closer to a zero carbon society. Currently, respective countries are making efforts to reduce their emissions. Most notably, Iceland currently stands strong with 100% energy coming from renewable sources.

But fear not, The Postcode Lottery’s Green Challenge is leading a revolution and funding hundreds of thousands of euros toward achieving the utopic zero-carbon economy. Currently, their Green Challenge has opened applications for green startups that combat climate change. The Green Challenge has sponsored the growth of numerous sustainable startups over the ten years they have operated.

The RidgeBlade.
2009 Green Challenge winner, The Power Collective, are extremely involved in addressing the challenges of global warming through their product the “RidgeBlade”. The product is a wind turbine that captures and converts air from the building’s roof. Much like how air travels over the wing of a plane to allow lift, the wind is forced to travel over the roof’s surface which creates a pinch point of sorts—where the air accelerates through the turbine. This means there is nine to ten times the amount of energy convertible as compared to a regular HAWT (Horizontal Axis Wind Turbine) system. 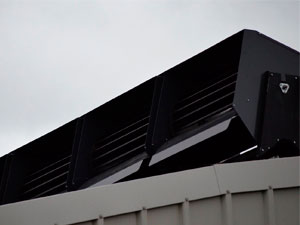 And then there was light! (SolSource)
Did you know that the average wood burning stove produces over 400 cigarettes worth of smoke by the hour? This is the main method of cooking for many households in developing countries and has led to the deaths of over four million people annually. It was this realisation that lead One Earth Designs to SolSource. The solution uses nothing but solar powered to act as a portable cooker, providing means for people to cook their food, produce heat, create electricity and even purify water when required. It’s sturdy, lightweight and can withstand extreme conditions with repeated use. 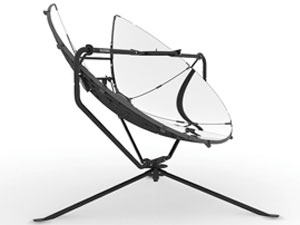 These startups sound small scale, but their impacts can and do often make insane amounts of difference with the zero carbon economy. The Green Challenge sees the embers of change in the startup and, through their support, breathes life into growing a strong and successful company that can make a true and sustainable change in the world.

Do you have a sustainable startup that would benefit from €500,000? Sign up by clicking this link!

Discover the Leading Impact Solutions From the Netherlands