Something incredible happened in Shenzhen over the past thirty years that turned this former fisherman market-town into the hardware capital of the world. Their GDP in real terms grew at an average annual rate of 22% and today stands at 2trn yuan between 1980 and 2016. There are now about 125 listed firms with a combined market value of nearly $400bn. They spend over 4% of its GDP on research and development, double the mainland average. Companies in Shenzhen file more international patents than those in France or Britain.

And how did they achieve such success? It all started in 1980 when Shenzhen was promoted to city-status and designated China’s first Special Economic Zone (SEZ). It was one of the fastest growing cities in the world between 1990 and 2010 and its population went from just 30,000 in the 1970s to over 10 million in 2016.

One of the things that makes Shenzhen so successful in the hardware industry is its mentality. They fully embrace open innovation. They started by making copies of other goods and soon developed into a powerful ecosystem of collaborative, fast-learning suppliers and factories.

With its many makerspaces, accelerators and incubators, Shenzhen is now the place to be for any hardware startup. They have easy and fast access to the supply they need to develop their projects and the chance to work in collaborative spaces with the most advanced technology available.

However, not only is the availability of support quite overwhelming, it can also be difficult to get into the Shenzhen ecosystem. From language barriers to the lack of information available online, gaining access to the city is not an easy task.

We mapped the Shenzhen’s innovation ecosystem and realised it could be a powerful tool in the hands of startups, especially taking into consideration how hard it can be to access a city like Shenzhen. Our innovation ecosystem map shows the organisations and programs that form the supporting infrastructure of a startup ecosystem in a geographical location.

This beta version acts as a discussion paper for policy makers and ecosystem builders while giving startups guidance of all the support available in that region, and where to find it. We decided to share this tool so you could benefit from it. Feel free to send us your feedback and let us know what else we can do to make this tool even more useful. 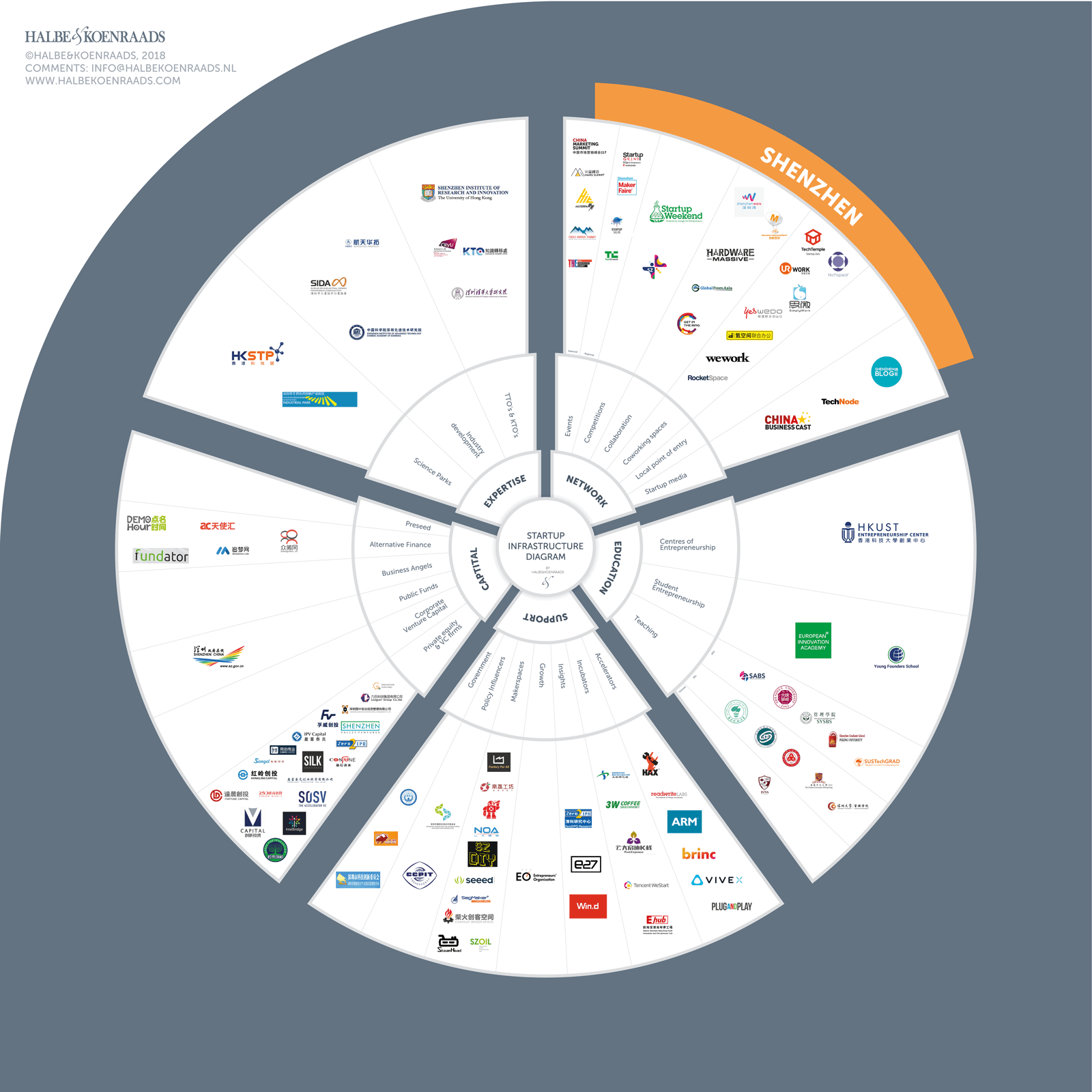 Venture Into the Future with Hyundai Motor Company and Kia Corporation

Satellite Servicing Made Easier | Solution of the Week